I was in denial that I was in a birding slump. I missed birding but I didn't have the drive to go out and bird. And if I did feel like birding, the weather would not cooperate. It took an owl to get me excited again about sneaking in some birding time within a very toxic work week (reviewing my students for their exams!!!)

Birder friend, Peter T., generously accommodated me to try our luck with a Chocolate Boobook* he had recently spotted in the subdivision where he lived in. Despite being very tired from work, I was quite excited at the possibility of getting a lifer for me! (*There is still some question about the owl's identity, it could possibly be a Northern Boobook!)

We were at the spot a little past 5pm and I joined Peter and friends Tito Bob and Tita Cynthia, who were already waiting for the owl. The afternoon light was quickly fading and the stench from a nearby garbage area rose to envelope us. We waited for an hour, but saw no movement except for some Brown Shrikes. Then, a small truck came to collect the garbage. The truck parked right next to the area where the owl had just been seen and photographed the previous day by Irene and Mike A.! That lessened my hope of seeing the owl in that spot.

As night settled in, Tito Bob and Tita Cynthia said that they were going ahead. Almost as soon as I kissed Tita Cynthia goodbye, a dark shadow flew in to perch on a tall tree. Looking suspiciously like an owl, I shone my flashlight on it and I could clearly see eye shine! The owl! 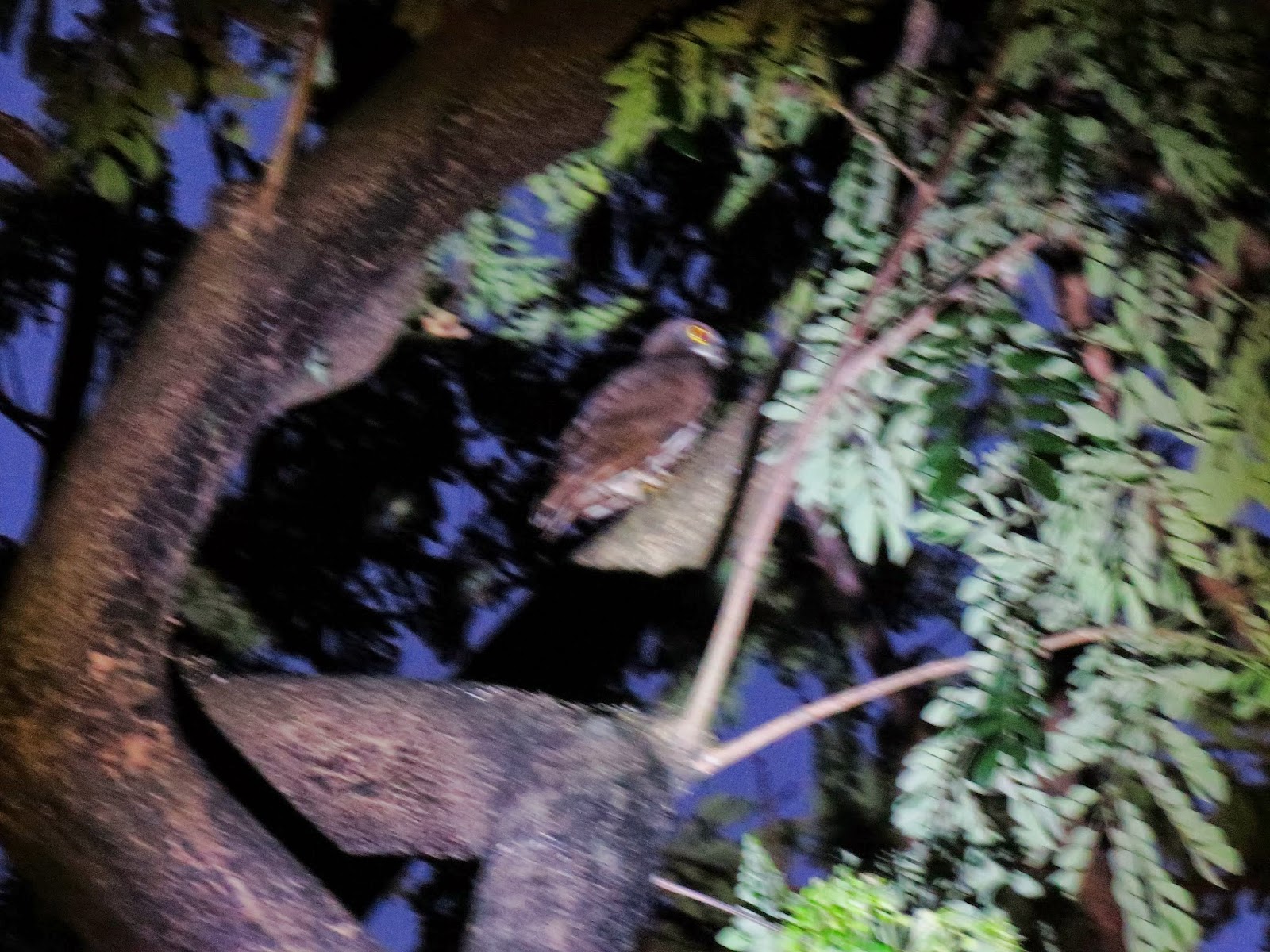 It quickly flew off again before I would spot it through my binoculars. It landed on a tree nearby and we were able to positively identify it. "Boobook! Boobook!" We brisk-walked in the darkness to the tree and there it was indeed: the Chocolate Boobook!

It stayed only for a moment before it flew off into the night. I don’t think any of us got great photos that night, but I’m happy that I was able to get an ok photo of the object of our successful twitch! Oh, and I was able to get a short video too! =)