Update: After posting this, I learned that the Palawan Peacock Pheasant has not been seen in its usual site for the past four days! The bird is quite old and some fear the worst... quite bittersweet this lifer... 😱

That "just in case" was any possible free time I could get to sneak a couple of hours birding in a nearby site. I couldn't have hoped for a better opportunity that opened for me and fellow birder, Sir Olan Balbido, that trip! From zero birding plans to an impromptu trip to the Underground River in Sabang to try for the Palawan Peacock Pheasant!

So, off we were at 5AM together with friends from work Nereo, Rodger, Fer, Marjon, and Jordge. Sir Fer was going to join me and Sir Olan find the Pheasant while the others were going to go see the Underground River.

We waited at the Sabang Wharf and soon boarded our banca to take us to the site. The 30-minute boat ride reminded me of how beautiful Palawan is, with its pristine beaches, amazing rock formations, and turquoise waters. 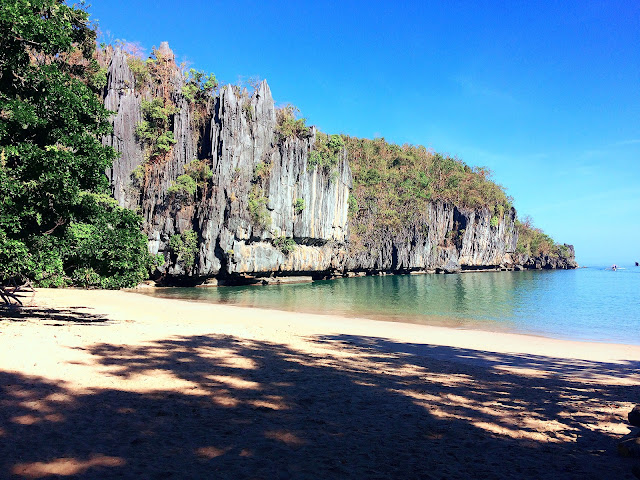 After a few group photos (of course!), our group split in two: one to the Underground River and the other to find the Pheasant. I followed Sir Olan and Sir Fer to the Ranger Station, carefully stepping around some Monitor Lizards sunning themselves on the sand. 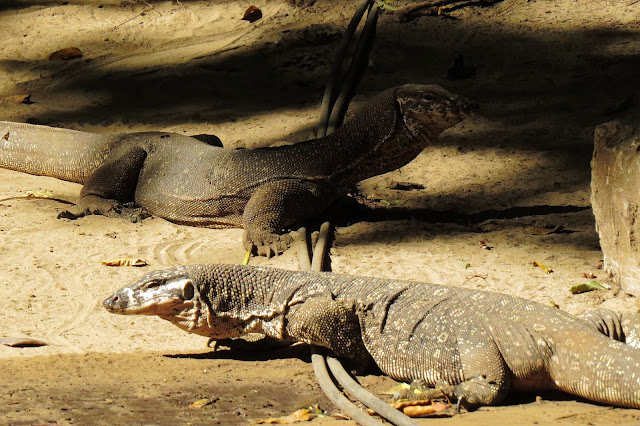 I was gingerly stepping around a particularly large lizard when Sir Olan turned back to me and whispered excitedly that the bird was there!!! I rounded a large tree and there it was! My first lifer for 2019: the Palawan Peacock Pheasant.

I quickly raised my binoculars to my eyes and enjoyed the up close and personal view of this handsome bird. I took in its feather details and its markings from its head to its tail, which has these  two rows of beautiful ovals with an amazing blue gradient which reminded me of turquoise!


I passed on my binoculars to Sir Fer and starting taking more photos. The rangers feed the Pheasant with rice grains making it a regular sight in the area. One of the rangers even showed me a cellphone photo of the bird with its tail spread out like a turkey! I silently wished we would see that!

The Pheasant moved away from the sandy area and towards a more forested part. It even chased Sir Olan away as he moved further from it to keep it within frame! Exciting stuff!

Sir Fer and I left Sir Olan for a bit to go look at the lagoon entrance of the Underground River. We were gifted with two soaring White-bellied Sea Eagles while we dipped our feet in the cool and super clear water!

As we reunited with the rest of our group, we headed out to where we left Sir Olan so the others can get a look at the Pheasant. We found him seated on the sand just beside the generator and the bird was perched on a log and was calling! I slowly crept beside Sir Olan and took photos and some videos.

The Palawan Peacock Pheasant then hopped off its log and foraged deeper into the forest. We left satisfied with the amazing views and observations we made. Of course we took the obligatory group photo at the beach before boarding our banca and heading on to our next stop: the nearby Mangrove Paddleboat Tour.

After a short walk, a self-pulled raft ride, and a quick water break, we found ourselves in a small paddle boat gliding on the water and surrounded by beautiful mangroves. I got my wish for a mangrove snake too! I'll let the photos speak for themselves, but they don't come close to the actual experience. If you haven't tried this tour, you should definitely put it in your Palawan itinerary!

On our way back, our boatman even sang us a song composed by the group of boat men manning the tour. While taking in my surroundings accompanied by the musical stirrings of our boatman, small schools of fish swam peacefully alongside our small boat. It was all so clean, so natural, and so serene. See, Philippines? It can be done!

We said our goodbyes to our friendly boat man and made our way to lunch. It was a quick but very refreshing trip to Sabang! Palawan is such a beautiful place and I hope its natural beauty and resources are preserved and protected. After all, it is called the Philippines' Last Frontier. See you again soon, Palawan! 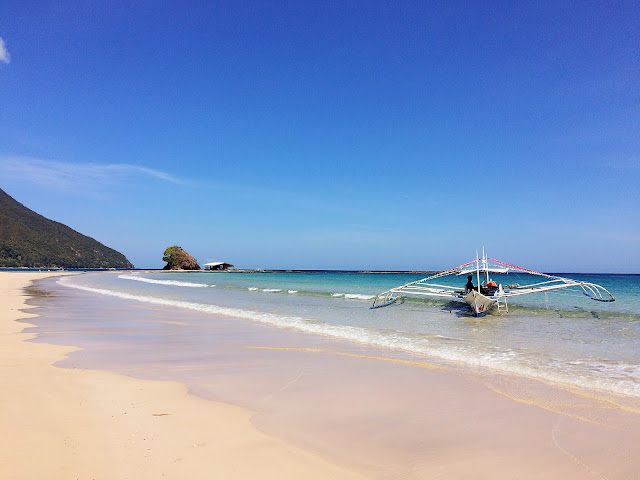