There are some birds that feel like a lifer each time you see them. It's like that for me when I see a wader I've seen before but now seeing it in its breeding plumage. Or when I see a male Narcissus Flycatcher again, my former unicorn. I just wondered aloud a few days ago if I would get to see it again and as fate would have it, I saw it again yesterday, exactly a year and 10 days after I ticked it off as a lifer.

After Lala mentioned seeing the Narcissus Flycatcher recently in UP, my friend Nic went to twitch it and he was able to see and photograph both the male and female! I had an hour to spare the following day and so after dropping my dad off, I grabbed by birding bag, lathered on some mosquito repellent, and went to try for the Narcissus.

I arrived at the area and was immediately swarmed with mosquitoes. Large ones. That buzzed loudly in your ears and attacked your eyeballs. I was very fidgety. I picked a spot and waited, straining my eyes for any movement. Nothing. I got impatient and transferred to another spot. Nothing.

The minutes ticked by and I was worried I wouldn't see it. I consciously told myself to calm down and chill. It's only been 15 minutes anyway (well, Nic spotted it immediately upon arriving but hey.... no pressure.) I forced myself to relax. Yes, forced. For 15 minutes more.

The birds suddenly started singing: Golden-bellied Flyeaters, Philippine Pygmy Woodpeckers, flyby Colasisi, Black-naped Orioles, and Yellow-vented Bulbuls. A couple of Pied Fantails flew around me and a Barred Rail fed on the concrete walkway. Even the sky opened up and released beautiful rays of light as if pointing me towards the bird I was looking for. I started to really relax and I took some photos of the beautiful morning I was almost missing out on and then, movement. 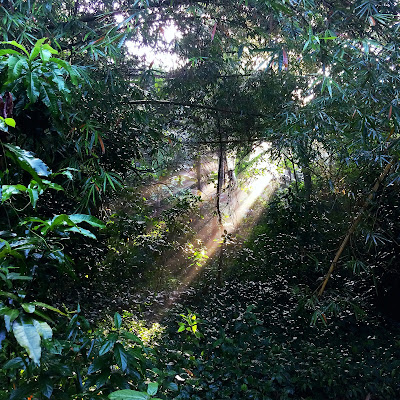 A small bird perched high on the bamboo to my left and I knew. I raised my binoculars and there it was: the male Narcissus Flycatcher. 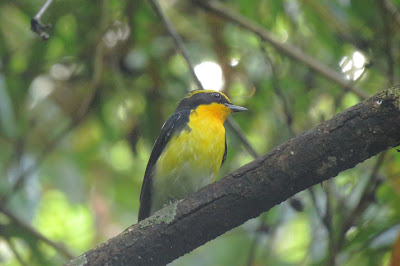 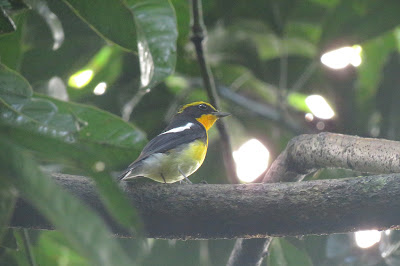 It was feeding actively, flying from one perch to the next, moving closer and closer, and at one time even perching a few feet from my face! I only managed a few shots before it flew off leaving me overwhelmed at the brief encounter. I stayed for a few more minutes hoping it would return but it didn't and I had to go home.

It really was a beautiful morning, one I needed to slow down, relax, and release some stress. Seeing the Narcissus Flycather was the cherry on top and felt like I was getting a lifer again. 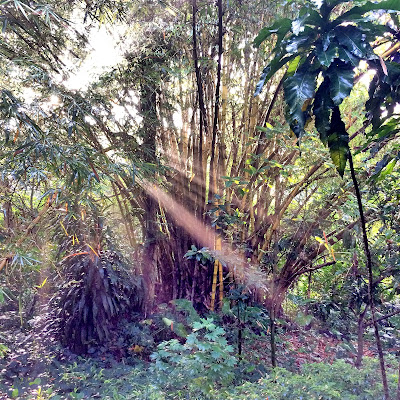