Birding hasn't been on my agenda for quite a long time now and I've been missing being out in the wilderness. The next best thing for me was to turn to my bookshelf and give in to my inner nerd. I finally finished the book I borrowed from my friend Jon J. some months back. 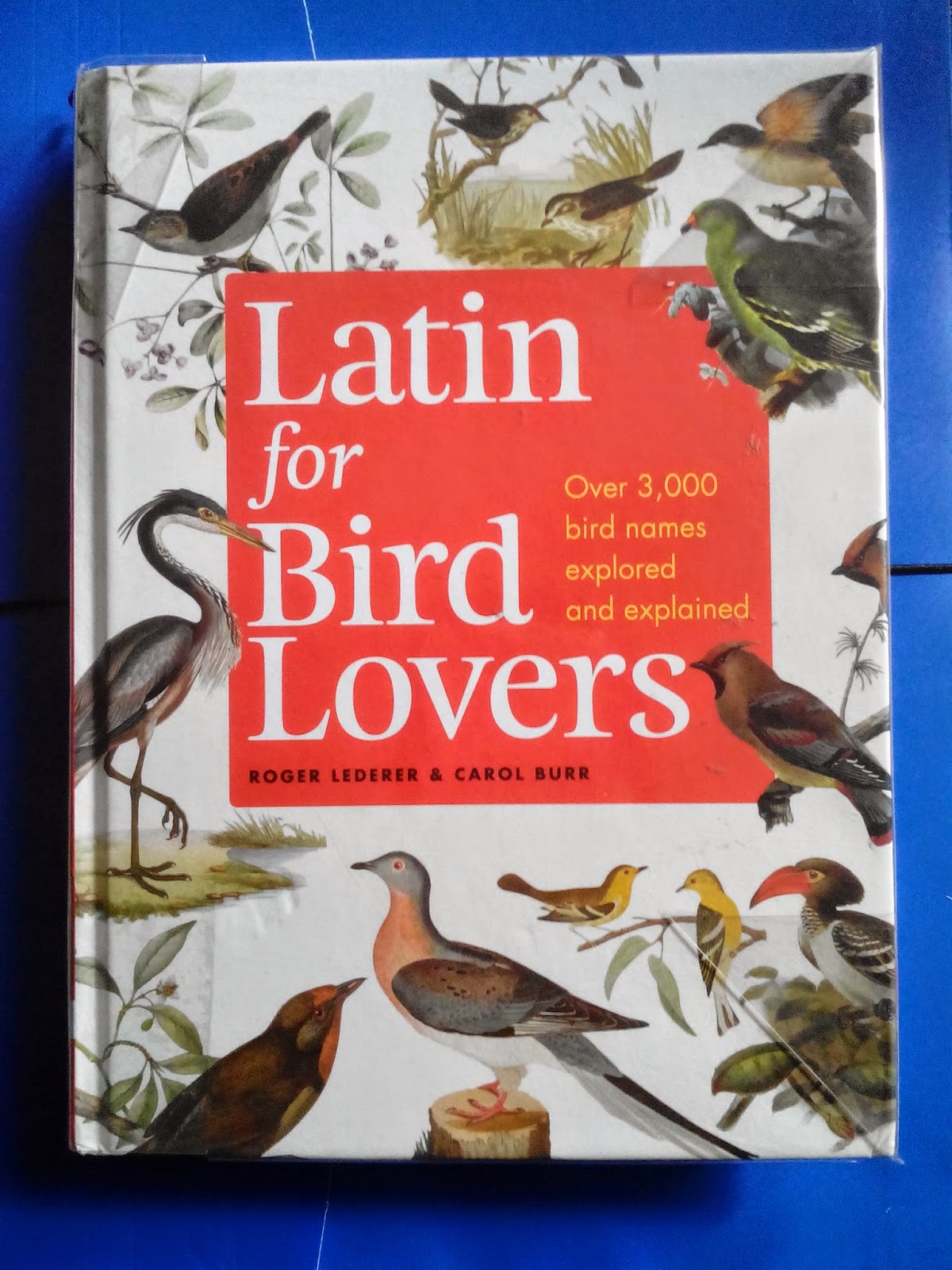 Yes, Latin for Bird Lovers by Roger Lederer and Carol Burr. I learned more than I expected to learn in the book and it was awesome! I took down some notes to make sure I would remember the bits of information I read. Here are most of my notes:

So, there were words that I was already familiar with, such as:

There were also lots of other gems of information that I learned while going through the book. I do hope I remember all of them!


Alba
- means "white"
- as in Motacilla alba or White Wagtail
- other forms of the word are albi-- , albus, etc

Lanius
- means "butcher"
- as in Lanius cristatus or Brown Shrike, which is known as a "butcher bird"

There were also other words that don't really have any Greek or special background:

The book also taught me about the people some birds are named after, like:


This one was really interesting to me, because it is a more folklore-ish background of naming a bird rather than based on field marks, plus I also like cuckoos:

I can finally return the book to Jon! Yay! There was much more I learned on top of what I have included here and I really hope I remember everything... or, maybe I'll just have to get myself a copy of the book ;)
at March 25, 2015 3 comments:
Email ThisBlogThis!Share to TwitterShare to FacebookShare to Pinterest
Labels: bird names, bird nomenclature, latin for bird lovers

Cuckoos are one of my favorite birds. I really like how they look and their unique breeding behavior. They are nest parasites, meaning they leave their eggs in the nest of other birds to be cared for and fed by the usually much smaller surrogate parents. I dream of witnessing this behavior first hand, as I've only seen videos and photos on the web and from friends. But as curious and amazed I am at this cuckoo behavior, it's not amusing seeing it in humans, not literally of course. So allow me a poem and pardon my blatant analogy with the cuckoo... I just need to vent. 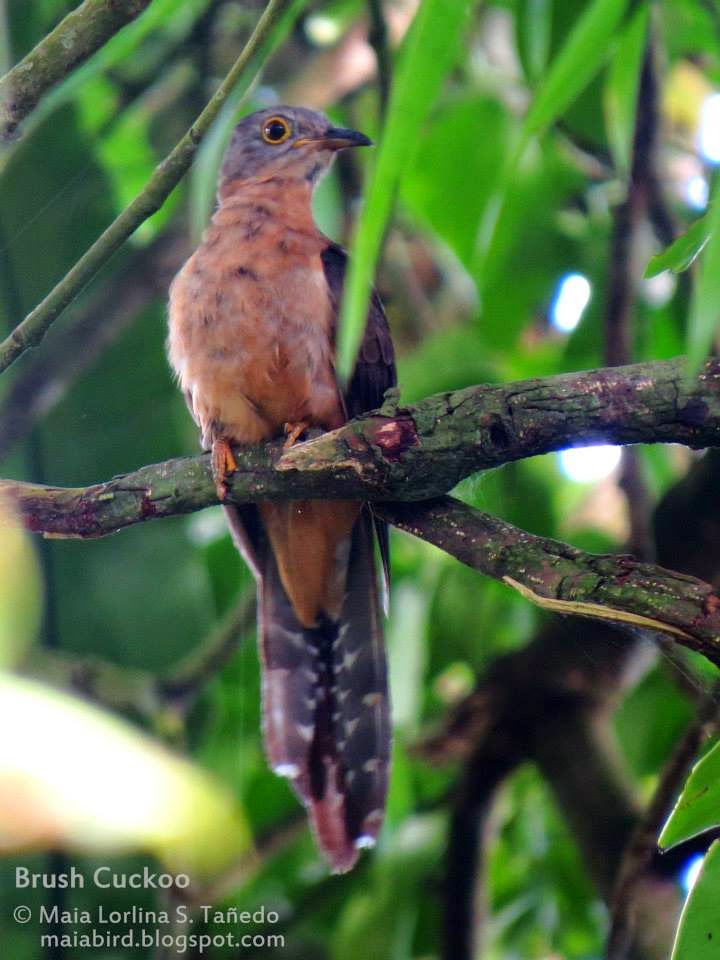 Are you like the cuckoo?
Who searches for a nest
And leaves her eggs in the care of others
And lets them do the rest.

Are you like the cuckoo?
Who goes her merry way
Starts a new life and responsibilities
But for the dirty work, flies away.

Are you like the cuckoo?
Who calls noisily unseen
And lets the other birds do the work
While all you do is preen.

Are you like the cuckoo?
Who enjoys this evolutionary "perk"
Of starting something, yet leaves it to others
Others who are willing to work.

I mean no offense to all the cuckoos around the world, it just seemed like the perfect analogy to me. They are still one of my favorite birds and their behavior really fascinates me. I'm sharing a video I saw on the YouTube channel of Wildfowl & Wetland Trust (WWT) of a young cuckoo being fed by its smaller, surrogate, hard working parent. Enjoy!