We've always called Mike the "Emperor" of the birdwatching club, but last Sunday he got "promoted" into the Jade Emperor!


Mike and his friends in Chinoylife, a group of Filipino-Chinese that aims to preserve their unique heritage, organized a Chinatown Challenge to celebrate the coming of the Chinese New Year in the form of a race around Binondo. Jon immediately organized Jasmin, Djop, and me to form a team and we were all set to go! On the day itself, we registered at the First United Building along Escolta and were assigned as Team Tiger 😼 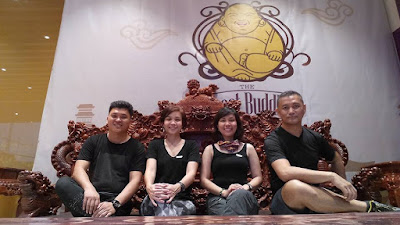 The other 11 teams gathered and started the race in the First United Building where a traditional lion dance was performed. After the dance, the Jade Emperor Mike and Gwen gave the introduction and told us the traditional story of the Jade Emperor's race. (Read about the story here.)

We were then given the first challenge: tracing a Chinese character on each other's backs pass-the-message style! Our team needed a number of tries before we were given a clue pointing us where to go next. We were given canvas bags, maps, a bottle of water each and were directed to the first challenge: LION DANCE. I've always wanted to try this and volunteered (sorry, guys if I didn't ask you anymore hehehe.)


We completed the challenge and were given a clue... we raced through the streets of Binondo looking for where "liberty is guarded by two marble lions"  We ended up in Liberty Hall where the entrance is flanked by two marble Chinese lions. We needed to answer a dozen riddles (and get at least 3 correct) before we got our puzzle piece.

The next challenges were a blur of games, speed eating, and kung fu posing! We also gobbled down bowls of rice, Chinese lumpia, asado siopao, and taro puffs!

We finally made our way to the finish line which was at the newly-opened Great Buddha Cafe along Ongpin Street where we found six other teams already there, placing our team in seventh place. We got the final piece of our puzzle, formed it in record time, and sat down to relax and cool down.
When all the teams had arrived, all participants of the race were given loot bags (which included a pack of Pilot pens, yay!) The top three teams were announced and awarded their prizes and were soon whisked off to enjoy their 8-course lauriat dinner at Uno Restaurant. 😮

Our team stayed behind to enjoy some late afternoon coffee and to laugh some more about the exciting afternoon we just spent in Manila Chinatown. That afternoon will always be remembered with fits of laughter and lots of private jokes (Zoltan!) A number of birders also joined the race and this is definitely one of those unique non-birding experiences that will bond us -- whether we like it or not, hehe. 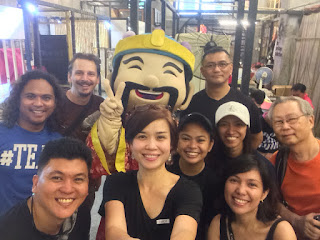 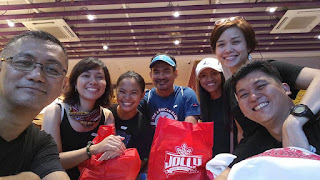 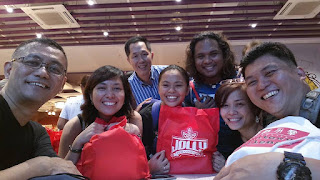 After all the pressure, laughter, out-of-your-comfort-zone eating (rice for me and veggies for Jon), the four of us will always be Team Tiger. Hear us roar. Nyar. 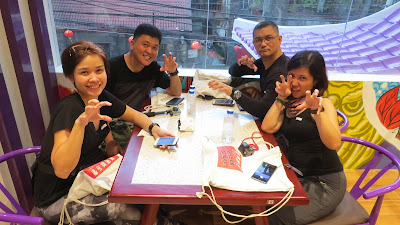 Sharing a short video of the Chinatown Challenge. Enjoy!